FCHockey is preparing to launch our preliminary rankings for the 2021 NHL Draft.

We are releasing our top-10 regional rankings for the seven major scouting regions (OHL, WHL, QMJHL, United States, Sweden, Finland, and Russia) each day over the next week. This is the lead up to the launch of our preliminary rankings for the 2021 NHL Draft, coming out December 1.

In this first edition, we take a look at the United States, where the University of Michigan’s Owen Power could not only lead this list but hear his name called first when the draft rolls around.

Be sure to check out our five players to watch and our five under-the-radar players from the United States as well. 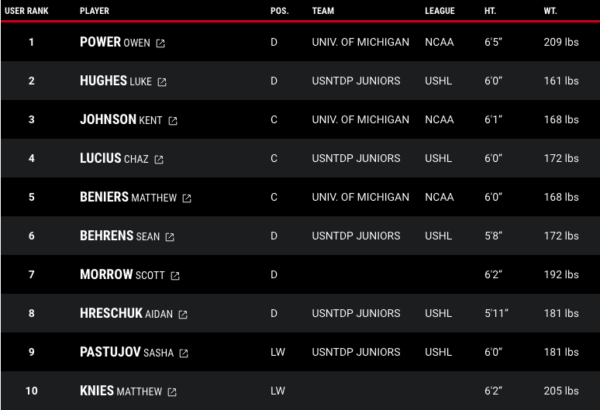 The top highlights from Day 5 at the World Juniors